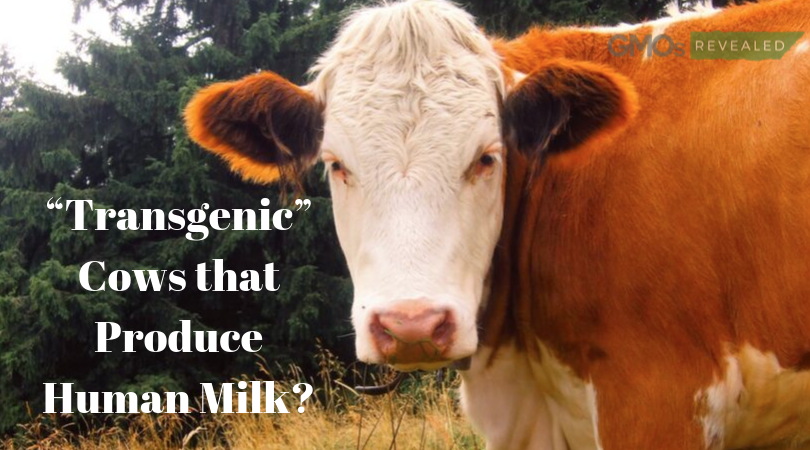 That subject line might sound like science fiction, but it’s not: In China, a herd of 300 dairy cows have been altered genetically to produce human milk.

These cows are real, all 300 of them. And although you won’t be able to purchase human/cow milk at the corner market in the United States for at least a few more years, this and other similar products will without a doubt be appearing on store shelves in the not-so-distant future.

How did this happen? China, which has much looser laws when it comes to genetic experimentation and as a country is much more enthusiastic about genetic modification, has been working on the project for some time. In fact, this heard of lab-created cows first made the news in 2011. Since then, Argentina has also created genetically modified cows that produce a similar humanized milk. 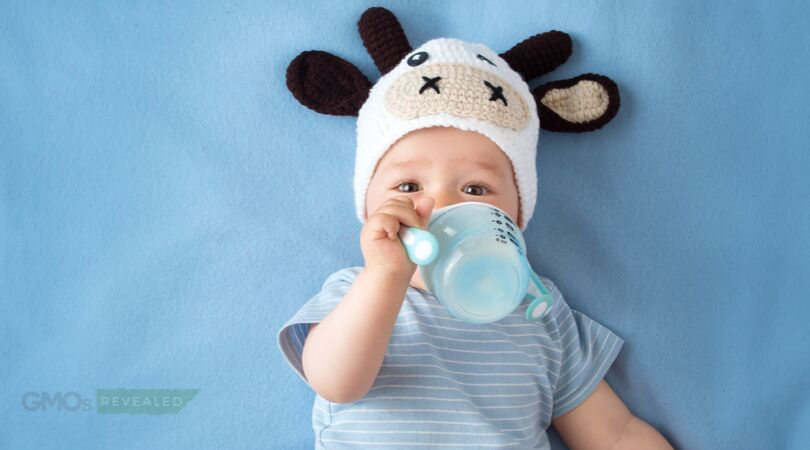 The modified cows have human genes spliced into their DNA, which causes the milk they produce to contain Lysozyme, an enzyme that human milk contains in quantities far greater than that of cows or goats. This important protein helps establish an infant’s gut microbiome—an important step in developing a good digestive system, immune system, and overall health. In lesser amounts, the genetically modified milk contains lactoferrin and alpha-lactalbumin, proteins that aid in immune response.

In order to create the cows, scientists in China spliced a single human gene into cow DNA and inserted this into cow embryos (in Argentina, 2 human genes were added rather than one). The cows look like ordinary cows, but produce the modified milk.

A herd of 300 sounds impressive, but the project is not safe or healthy for the cows. Out of 42 genetically modified calves born, just 26 of them survived—ten died shortly after birth, and six more died before reaching the age of six months. The process of cloning and modifying animals genetically is risky, and results in many stillbirths or early deaths. It’s not understood exactly why cloned and modified animals often die, but common sense would suggest that it simply not advisable to splice genes from different species together—especially when one of those species is human.

Long-term research on the genetically modified human-cows has not been conducted, nor have studies been done on the milk and the effect that consuming it might have on humans. 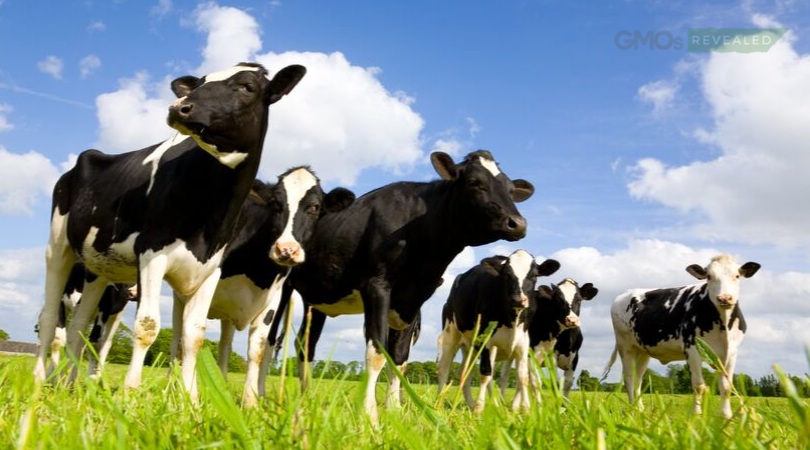 There is certainly a huge problem today with babies not getting enough breastmilk, or babies getting breastmilk that does not have enough of the proper proteins due to maternal health, or babies being raised on infant formula that contains mainly corn syrup. The serious side effects that take place when an infant’s gut microbiome is not properly developed can result in years of ill health through adulthood, as well as long-term psychological issues. So what’s wrong with trying to create a product that helps infants build the right sort of bacteria in their gut?

It would be good to consider this: The reason that we are currently experiencing so many health issues related to gut-microbiome is that we have already tampered with nature enough to cause the imbalance in the first place. GMOs like Bt corn and Roundup-resistant soybeans have played a big role in killing off the beneficial bacteria that ought to be keeping our digestive tracts functioning well—resulting in a generation plagued by leaky gut syndrome, autoimmune disorders, food allergies, and neurological problems.

Overuse of antibiotics is also to blame, both those being prescribed and those found in cow’s milk and herbicides. Our soil has been drenched with bacteria-killing glyphosate to such a degree that we no longer get the healthy bacteria our bodies are designed to run on through produce, and mothers who have been raised on our modern diet of GMO packed, sterilized foods are deficient in these vital gut-bacteria pass on the deficiency to their infants.

Going back and fixing the problems that have developed in our food chain due to Big Agro, Big Pharma, and Monsanto would be the logical thing to do—but instead, new problems are being created. To assume that we can fix the disaster that was created by GMOs by taking steps even further down the tangled path of genetic modification is both arrogant and irresponsible…and will almost certainly result in even bigger issues down the road.